The cumulative power of Volunteering 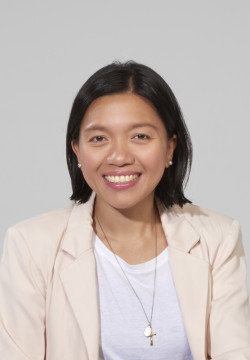 Moving to a new country is no easy feat. But in 2003, Therese Bisquera and her family did just that and moved to the “greener pastures” of New Zealand. Since then, Therese has fully integrated herself “thriving in the busy” as she successfully weaved her career and her voluntary passions.

Therese shares how she has leveraged her volunteering experience of almost 20 years to deliver positive change, while acquiring skills that have helped her build a successful public sector career.

Early days: “right time, right place”
While Therese focussed on her university studies, she was open to other avenues for practising her English. During their first week in New Zealand, Therese’s entire family met with Work and Income to secure roles as part of the migration process. On the same day as that meeting, she was able to obtain an interview at Burger King (where she was successfully hired).

Around the same time, Therese also became a volunteer interviewer for Volunteering Auckland where she helped people find their volunteering placements. She noted that when those interviews where over the phone she could truly test her skills in interpreting English, as no body language was available to convey meaning. Ultimately, both roles were crucial in building her communication skills.

The next chapter: Work and Income
Therese was impressed by Work and Income’s effectiveness in helping her family find work, which sparked a desire to work there herself. Therese joined the organisation and spent 14 years as a Case Manager, a role that fully utilised her interviewing skills as she needed to interview clients about their circumstances daily.

Therese believed the complementary combination of her education, volunteering, and customer service landed her the role. Therese was able to integrate volunteering into her role often – including being a Health and Safety representative, a Volunteering Mentor Lead and a Peer Supporter. She notes “saying yes to one opportunity gave me the confidence to do another one”. These types of initiatives helped her professionally too as she benefitted from extra training, and it helped her build her internal networks, especially with senior leaders.

“If I didn’t do volunteering work, no-one would have known my name”.

“Sucker for service”
Therese focusses on roles that align with her key values – learning and helping others. One of her ongoing roles has been within her church, where she often finds herself cleaning or preparing readings. Volunteering has also prepared her for serving on boards. Back in 2013, she volunteered with English Language Partners [ELP] where she helped new migrants with their English. She even managed to convince her husband to volunteer there, helping him do something out of the box.

Her volunteering passion at ELP translated into her being offered a board member role with the organisation. Building her experience and confidence, she was then well-placed to join the board of the Auckland Property Investors’ Association in 2020. She has recently been appointed to the role of Secretary.

Thriving in the busy
Therese has recently made the career move to Auckland Council with the role Capability and Public Awareness Analyst. In short, her focus is ensuring that we are prepared for natural disasters so it is reassuring to know we are in capable hands! Naturally, she soon found her next volunteering role and has been appointed as a Health and Safety representative.

Again, she reflects on the cumulative power of her experiences, paid and voluntary, that gave her the confidence to put herself forward. Therese demonstrates how well volunteering can be woven into other professional and life experiences. She loves to serve but also recognises how much value she can get back. Her philosophy is summarised in this quote she shared by Stephen Grellet:

“I shall pass through this world but once. Any good therefore that I can do or any kindness that I can show to any human being, let me do it now. Let me not defer or neglect it, for I shall not pass this way again.”

I was looking for something interesting and rewarding to do with my time during a gap between paid jobs.