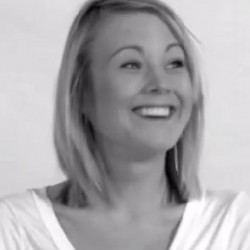 As part of our birthday celebrations a group of well-known New Zealand acting talents alongside some of our very own volunteers got together to show their support and share their experiences of their First Time!

Who are we?
Outside The Square (OTS) is a Public Relations Agency run by the Post Graduate students of AUT, who are currently completing their final semester of the Post-Graduate Diploma in Public Relations and Communication Management.

OTS operates as a pro-bono agency that helps many Not-For-Profit organisations within in the Auckland region by providing them with creative and strategic public relations campaigns.

Based on research the team believed that Volunteering Auckland was not currently reaching their target publics effectively and were not utilising all social media platforms strategically due to limited human resources.

What did they do?
“It’s Good for You” – Celebrating 21 Years of Volunteering Auckland, was an integrated campaign, incorporating multiple social and traditional media platforms, and aimed to strategically increase Volunteering Auckland’s target audience. Tactics included a funny and playful viral video featuring famous New Zealand faces, structured Facebook and Twitter activities, including a 21 day storybook and competition.

The golden thread of this campaign was “It’s Good for You” – a key and succinct message which tells people that volunteering is as good for the volunteer as it is for the charitable organisation they work for. This campaign message was leveraged off Volunteering Auckland’s 21st birthday, where each tactic was themed around 21years and the end of the campaign culminated with a 21st celebration.

My first experience of life in New Zealand was as an international student at AUT. When I saw Volunteering Auckland on campus one day, I thought,   “h...