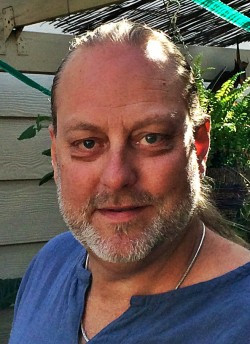 Andy Fryar is the National Operations Manager for Better Impact in Australia and New Zealand and the founder of OzVPM (Australasian Volunteer Program Management).

For more than 30 years has contributed significantly to the Australian volunteerism community. His achievements include serving as President of Volunteering Australia and convening the working party that later evolved into AAMoV - the Australasian Association for Managers of Volunteers.

Andy has helped produce three books on volunteer management and is a co-author of Volunteer Program Management: an essential guide (3rd edition) - Australia’s premier guidebook to volunteering. He has served on the editorial committee of the Australian Journal of Volunteering and since 2000, has been a founding member of the editorial team for e-volunteerism, an international electronic journal of volunteerism based in Philadelphia.

Andy travels extensively and has conducted volunteer management training and worked with volunteer involving agencies in many countries including the USA, Canada, New Zealand, South Africa, India, Singapore and the UK, where between 2004 and 2010 he was a faculty member with the prestigious ‘Institute of Advanced Volunteer Management’. He is also a co-founder of the Australasian Retreat for Advanced Volunteer Management that was held annually between 2005 and 2012.

Since 2008, Andy has volunteered his time as Chairperson of the global committee overseeing the promotion of International Volunteer Manager’s Day, celebrated on November 5 each year.

In 2003, Andy was awarded a Centenary Medal by the Australian government in recognition of his services to the volunteering movement in Australia.

Part of the Achieve2B family

It’s truly inspiring to see people who are at a disadvantage push through, not give up and bravely participate.